The most expensive cars in the world

What’s the most expensive car in the world at the moment? Also, what’s so special about it? Is it really fast? Is it full of luxury items? One thing’s for sure it will need to have a top of the range security system in it and that is where a Ghost Immobiliser comes in to save the day. Let’s have a look at some of the most expensive ones there are. I wonder what the lease will be on it? 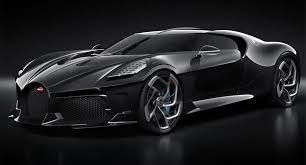 First of all, it seems that if you’re going to buy an expensive car it’s all about the speed. For example, as I write this the most expensive car to buy is the Bugatti La Voiture Noire. It can go at an eye watering two hundred and sixty one miles and hour. That’s comparable to a Formula one car. In fact, it’s faster than most from the 1980’s. It costs £14,525,500 to buy. If you do get one it will make an interesting trawl through the price comparison websites for insurance. It’s very likely you’d need to have special insurance. Also, when are you ever going to get it up to two hundred and sixty one miles per hour? It’s not even made of metal, it’s all carbon fibre like a F1 car and Bugatti have refused to reveal its full specifications. That will make for a fun MOT then.

If you don’t want speed then just go for the second most expensive car the Rolls Royce Sweptail at £9,938,500. At least it has four seats and a bit of boot space.