The Origins of Pizza

Now that we can all get out and about once again many of us are enjoying going back to the shops and of course to favourite restaurants, as well as discovering new ones. Italian cuisine is something that is highly regarded all around the world and the number of people who search for things like, Best Italian Dublin and visit restaurants like Forno 500 is testament to the fact that it is still as popular as ever.

One of the most loved and famous foods to come from Italy is pizza. Enjoyed all over the world now and one of the favourite takeaways of the nation, pizza as we know it has humble beginnings in the Italian city of Naples… 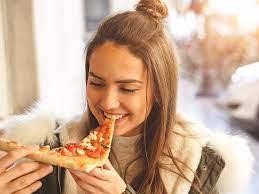 During the 18th Century the population of Naples was rapidly increasing, as people from the surrounding rural areas flooded in looking for jobs as well as the people who came from overseas (Naples was one of Europe’s largest trading ports at the time). Because many people who lived there were not only poor but also worked extremely long hours, they needed to eat something whilst on the move, and so pizza began to become popular, sold from boxes on the streets of the city.

They were looked down upon by the richer people for over a century, as they were associated with peasants, but in the later in the 1800s, it started to garner favour with royalty and become more popular around Italy. However, it wasn’t until the huge migration in the 1930s that the delicious pizza recipes started to move beyond the borders of Italy and around the world.