The strange custom of the Honiton Hot Pennies Festival. 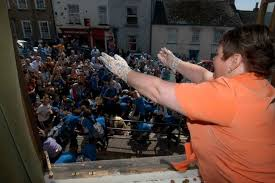 Britain certainly has its fair share of strange folk festivals. From dancing costumed horses to free for all football matches played across an entire town, the spring and summer brings out some of the country’s fabled eccentricities. One of those festivals would certainly be of interest to numismatists and Coin Dealers UK like https://www.gmcoins.co.uk/. This is the Honiton Hot Pennies festival which has occurred, without fail, on the first Tuesday after the nineteenth of July for the last seven hundred years. 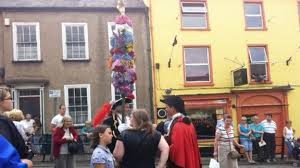 On the day of the Hot Pennies the local mayor, with the Town Crier in tow proceeds to throw pennies from the Windows of the Town Hall in celebration of the town gaining a royal charter back in the 1300’s. The children of the town gather below to catch them.

However, as with most folk tales and traditions there is a somewhat cruel and sad reason for this event. The tale goes that it was at the time of the charter and it was known that this would bring great wealth to the town. The rich, living in the centre, heated the coins and pennies on their stoves and then got servants to throw them to the poor. They all had a laugh as the paupers picked up the coins only to burn their fingers badly.

This is not the modern practice and the coins are quite cool when the children catch them.