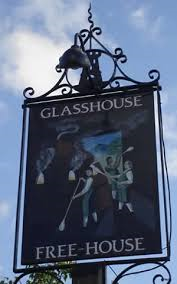 British pubs go by many weird and wonderful names – some more common than others and some have fairly obvious explanations, whereas some are odd, grisly or relate to a historic event. 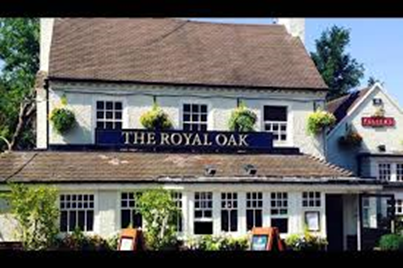 One of the most popular British pub names is the Royal Oak. You will find many Royal Oak pubs all throughout Britain – the reason for this is that after the execution of King Charles I, his son, also called Charles continued to fight on his behalf. One night, he was forced to hide in an oak tree in Shropshire – the first Royal Oak! When he became King in 1660, pubs around the country were renamed the Royal Oak in honour of their king who took refuge in that Shropshire oak Tree!

Some pub names can explain the areas local trade or heritage – for example the Glasshouse pub you may think would be something to do with a company such as glass suppliers Bristol Roman Glass – it was in fact named after glass works set up in the small hamlet in the 16th Century. Pubs such as the Coach and Horses are also popular names, harking back to the days when horse drawn coaches would need to stop for rest and refreshments.

Some pubs have more gruesome names from more violent pasts – for example, the Bucket of Blood in Cornwall is so named from the smuggling days, when the landlord pulled the bucket up from the well only to find it full of blood from the dead body at the bottom!