The Eradication of Smallpox 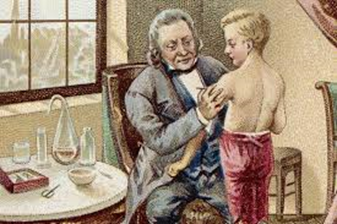 For hundreds of years, the deadly disease known as Smallpox, caused widespread death and suffering to millions of people around the world. Smallpox epidemics spread quickly, as it was an airborne disease it was not only highly contagious, but also very deadly, with an estimated 30 percent of cases ending in death.

As long ago as the ancient Egyptians, the disease would spread rapidly through communities causing death and suffering – but in the late 18th Century in a small rural village in England, that was about to change forever.

Edward Jenner – now regarded worldwide as the father of the vaccine – was working as a doctor in Berkeley, Gloucestershire, and noticed that the people who contracted the cowpox disease from the cows on the surrounding farms, seemed to be able to resist catching smallpox at all. 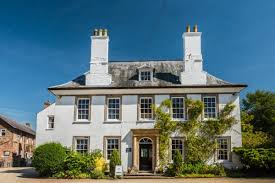 He began experimenting by injecting pus from the infected cows into the arms of local children, and though they had a mild illness from the cowpox, they did not catch smallpox. He continued his studies and trials – as vaccinations are trialled today with paid clinical trials such as https://www.trials4us.co.uk/  and sent his findings off to the Royal Society.

They asked him to do more research which he did, and also vaccinated his 11 month old son – when he sent his papers back documenting his evidence, it showed that he had indeed created the worlds first vaccination, allowing millions of people to be protected from  this deadly disease.

It took over 200 years for the disease to be fully eradicated, but by the year 1980, the World Health Organisation were able to declare that the disease had been completely eradicated globally – all thanks to the work of one man.