If you are looking for a place to visit to enjoy the local history and visit the sites of some famous battles, here are just a few ideas for you…

The Battle of Hastings, East Sussex

This is probably the most famed battle in English History. Fought in October 1066, this battle was fought between King Harold of England and William of Normandy for the English crown. Legend has it that Harold succumbed after being hit in the eye with an enemy arrow, and William the Conqueror took the throne.

Go to the beautiful East Sussex and see the battlefield itself, where you can see the Harold stone, marking the spot where King Harold fell, walk through the beautiful countryside and see the many wooden carvings of the soldiers, and head to the ruins of the Abbey which was built by William the Conqueror. 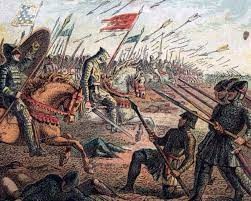 The Battle of Tewkesbury, Gloucestershire

The picturesque market town of Tewkesbury is a great place to visit for a day out. As well as the many historic buildings and sites, it is also home to many shops and businesses such as this Tewkesbury business advisory www.randall-payne.co.uk/services/accountancy/tewkesbury-accountants/

Tewkesbury is also the place of one of the most important battles of the war of the Roses – the battle of Tewkesbury. On 4th May 1471, the house of York defeated the Lancastrian army. This famous battle is re-enacted each year at Tewkesbury Medieval festival, held in July, and always attracts a lot of people from all over the world.

The Battle of Edgehill, Warwickshire

One of the most famous battles of the English Civil war between the Roundheads and the Cavaliers, on 23rd October 1642, this was the battle that started the Civil war, rather than settling the disagreement as many had hoped would happen. Head to Radway in Warwickshire where you can see the visitor exhibition adjacent to the battlefield and learn more about this historic battle.